Look for Laughter When Considering a New Employer

Last week while on the east coast I entered a business with the intent of buying their product. As I walked in the door the first thing that I noticed was that it was “quiet as a tomb” in the office. Not a sound. Even though there were half a dozen employees within earshot I heard not a single word. Not a cheery hello, not a laugh, not a question. No one was asking about anyone’s weekend, no one was talking about their kids…nothing.

As I approached the counter I was greeted by a young man who acknowledged me with a subtle grunt. Not a smile, not a hello, not a “thanks for stopping in”. He gave me the least possible attention he could while he was working on something else. It was at that moment that I decided not to do business of any kind with them and walked out.

But this blog is not about being a customer. It’s about choosing a new employer.

I have worked in two really tough places to work in my life. At BOTH of them my first visit for a face to face interview exposed me to an office where there was no talking and certainly no laughter. I didn’t know it at the time but that should have been a clear message for me to cut and run from working there. Let’s be clear, if you go to your next interview and nobody in the office is talking in happy tones, laughing, sharing information or smiling like the Cheshire cat…run screaming away. Why?

In their natural state, humans communicate freely and (mostly) happily with each other. They talk about non work things at work. They greet each other warmly and playfully. The only way that an office operates in silence is that someone has demanded it be that way. In both cases the organization was run by humorless and demanding people who wanted to demonstrate their control over their employees by monitoring their every word and conversation. The employees weren’t talking or laughing not because they chose to, they did so because someone demanded it of them as a condition of employment.

Think of the best places that you have ever worked….they weren’t silent places were they? My guess is there was happy conversation and people sharing information openly most every day. People actually looked and sounded like they liked being there didn’t they? The bottom line is this: “Never go to work for any organization until you have talked to someone that USED to work there.” If you want the truth, you can’t get it from people currently at the organization…too much to lose. In the age of LinkedIn there is NO good reason that you can’t do this regardless of the employer you are considering.

Some of you will choose not to heed this advice. OK….just remember that the most commonly open jobs are at bad places to work. Why? Because they are bad places to work and people leave all the time! As the old oil filter ad used to say…”You can pay me now…or pay a lot more later”. If your “spidey sense” is tingling and it doesn’t feel like a happy place, pay attention. Remember, you don’t have to find a lot of great places to work…just one.

P.S. I want you to know I got this idea from a conversation or an article that I read in the past. “Look for laughter” is someone else’s original idea and I am just building off it.

Be Humble, Be Sincere, Ask for Help, 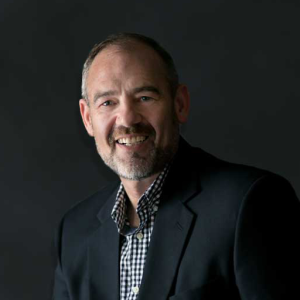 Ready to Get started?